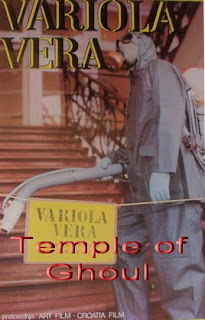 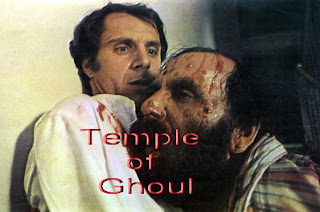 Variola Vera's title refers to the Latin name for smallpox, and it is loosely based on a real event. In 1972, in then-Yugoslavia, an Albanian Muslim from Kosovo was infected by smallpox on his pilgrimage in the Middle East, and upon his return to Serbia he caused an epidemic in the Belgrade City Hospital, since his symptoms were not immediately recognized. In a claustrophobic environment of a quarantined hospital a group of characters, led by Rade Serbedzija (Eyes Wide Shut), try to survive the best way they can, and to retain their humanity in the process, if at all possible. While people are gruesomely dying, the opportunistic but inefficient politicians have more pressing issues in their minds than saving lives. 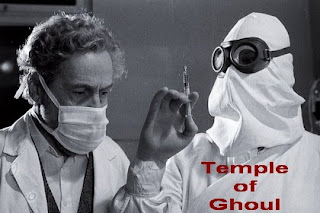 The director uses the disease as a metaphor: it provides a distorted mirror for an unhealthy system. Variola Vera deals with a fear that drives even the strongest to commit unspeakable acts of dishonor in order to save their lives. The common theme of Markovic's entire opus is the disastrous effect of the totalitarian communist regime on the minds of common people. For this purpose, the film uses legacies of at least two distinct genres: the disaster film and the horror film. Variola Vera borrows the general framework of a disaster-epidemic movie (realistic portrayal of a group of characters whose unity and humanity are challenged by the same, non-supernatural threat), but in its treatment it employs methods familiar from horror cinema. This does not refer only to the gruesome imagery of the disease (ulcers, scabs, pus, blood-vomiting), but, more importantly, to the way the disease is used to tell the story, and to enhance it through constant suspense, fear and an occasional shock. 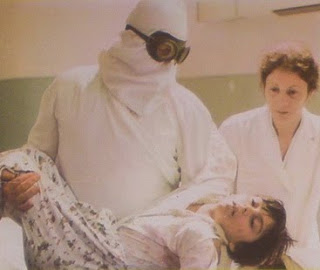 Markovic manipulates the audience's emotions by using the subjective camera in an environment which provides a minimum of visual information. Suspense is accentuated by the context, i.e. the reality (and physicality) of the threat. A haunting score strenghtens the dense atmosphere of doom hanging over the entrapped characters (the cast also includes Bergman's actor, Erland Josephson). Variola Vera is filled with spooky imagery of men in white protective suits and of corpses of the deceased, wrapped in sheets soaked with disinfectant, to be sealed in metal caskets. No one is safe, not even children, in this bleak (but also blackly-humorous) account of body horror infecting the body politic.

Since the film is currenty unavailable in any legal DVD form with English subtitles, the DIVX with fan-made English subs can be found here.