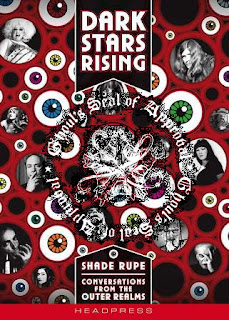 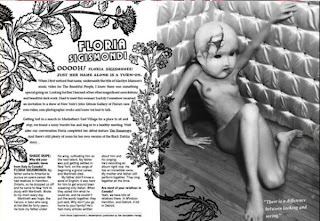 Though unrelated to Lovecraft, in spite of the allusive title, Dark Stars Rising is a true Necronomicon, a Black Bible of transgression and transcendence, of the Other and the Beyond. Big words, I know, but this is a big book – big in every sense. More than 560 pages of large format (8 of them in glorious color) are crammed with 27 long interviews with some of the most daring fringe artists in various modes of the One & Only True Art: that of pushing Boundaries! Whether they're expressing themselves through directing, producing and starring in movies, or their respective modes include photography, music, magic, self-torture, stand-up comedy, performance etc. – all of them share a rare passion and total devotion to their Art, and revealing talks with these "dark stars" are nothing short of inspirational. 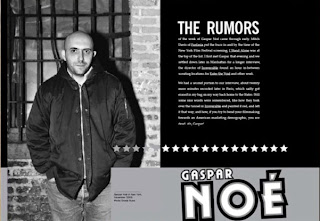 Dark Stars Rising reveals a candid and warm side of Divine, the inimitable star of John Waters's trash epics and puts a new light on erotic death trips of Richard Kern's photos and short films. Udo Kier, another cult star of high camp, shows off more lucidity, humor and insight than many of his better known colleagues. Jim Vanbebber talks about the low budget splatter of his Chunk Blower, My Sweet Satan and Charlie's Family, while Buddy Giovinazzo (Combat Shock, Life is Hot in Crack town) rises from a similar background of shoestring moviemaking to reveal his deals with Troma and why Maniac 2 (with Joe Spinell, again) never happened. 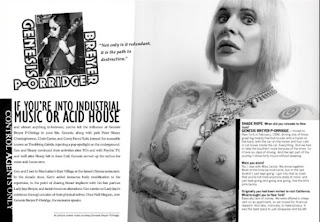 The mystical insights are oozing from the thorough, career spanning and thought-provoking interviews with the masters of (oc)cult cinema like Alejandro Jodorowsky and Richard Stanley, while the somewhat academic, yet still down-to-earth and funny Dennis Paoli bares all about his collaborations with Stuart Gordon (Re-Animator, From Beyond, Castle Freak, etc.). Chas. Balun, veteran of horror-zines, and Johannes Schonherr, critic, festival programmer and author of Trashfilm Roadshows: Off the Beaten Track with Subversive Movies (also from Headpress) uncover the varieties of extreme cinema from around the world. French provocauteur Gaspar Noe is here, too, to put his Argentinean background in perspective with French influences in making the angry movies like I Stand Alone and Irreversible. 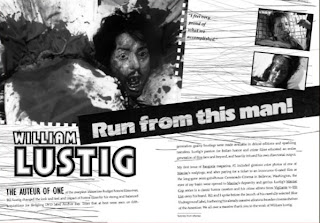 William Lustig talks about Uncle Sam, Maniac Cop films and how he almost directed True Romance. Crispin Glover unveils his uniquely schizophrenic position of alternating between the blockbusters (Back to the Future, Charlie's Angels) and personal, offbeat projects (What is it?). Tura Satana, the memorable busty star of Russ Meyer's Faster Pussycat! Kill! Kill! offers a surprising amount of brains, emotion and attitude behind the appearance of a fetishized, objectified (or is she?!) woman with big boobs and even bigger personality. Authors Peter Sotos and Dennis Cooper talk about the extreme topics of their controversial books (homosexuality, serial killers, pedophilia, pornography etc.) while Hermann Nitsch, the legendary Vienna activist of gory and scatological performances (some featured in the cult classic, Dusan Makavejev's Sweet Movie) talks about transcending the body by immersing into its tissues and liquids. Etcetera, etcetera. 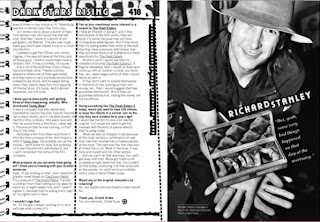 These are just some of the unique creators whose words and images grace this Book of Transgressions. And, talking about images: if you expect your typical talking-heads book, with huge chunks of dull black-on-white text and an occasional ordinary photo of the artist thoughtfully looking into the distance, think again! This is a Headpress book, which means that it is lovingly designed (by David Kerekes) with an almost incredible amount of photographs and stills (some of them exclusive, never seen before), diagrams, esoteric and other symbols, all of which not only accompany but also embellish, extend and further explain the words around which they grow. The wonderful design merges the word and text in such a manner as to provide an even closer look into the idiosyncratic world of each specific artist so that whatever is lost on the way to the page (like, the artist's voice, manner of speech, the aura of his/her surroundings etc.) is more than recovered through the lavish visuals which augment their words. These images almost literally burst from the paper in a subliminal, psychedelic manner, spilling from the edges of the pages into your surroundings and into your brain – altering them so that after reading this book you can't be the same person as before. The trippy cover art by Howard Forbes also helps immensely. 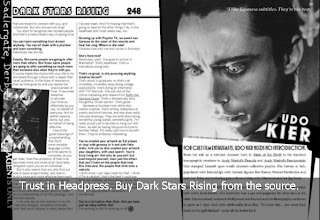 The enthusiasm expressed by these dark stars is contagious, and reveals new constellations of a parallel, far more interesting universe which thrives beyond the dull, fabricated facade of shallow "films" and fake "artists" boasting the covers of mainstream books and magazines. Shade Rupe, as the author of all interviews, has done an excellent job of probing into the essence of what these subversive minds are all about, and his knowing but modest presence allows these stars to shine without the obtrusive "me! me! me! look at how much I know!" stance which mars so many otherwise interesting interviews. His balanced questions manage to provoke his subjects into giving what must be some of the best interviews in their respective careers, and this certainly applies to the thorough and more than honest ones by Alejandro Jodorowsky, Udo Kier, Dennis Paoli, Tura Satana, Peter Sotos, Genesis P-Orridge, Gaspar Noe, Richard Stanley and Crispin Glover. 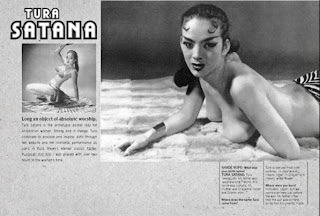 I wouldn't want to sound like a plant, but in trying to curb my enthusiasm for this book by finding a fault with it, I couldn't come up with anything other than the fact that some of the interviews are not so fresh (a few are a decade or more old). However, in most instances like that, what is being said is so worthwhile that even references to then-contemporary plans and intentions do not take away from what's really important and timeless. In the book's commendable "the more – the merrier" attitude, on top of all 27 interviews and all the amazing imagery, there are 50 pages of Shade Rupe's reviews of books and films directly or indirectly relevant to the stars interviewed previously, and they adequately complement what precedes them. Hopefully, they'll help to educate and initiate the novices into the parallel universe of films, books and art that many may not be aware of. 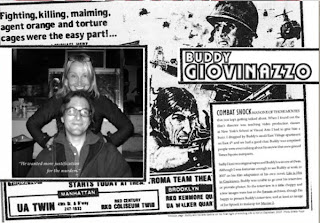 Dark Stars Rising is a perfect holiday gift: just make sure you don't give it to your grandmother or to a relative or friend of any kind of orthodox persuasion or taste, because the book itself is as provocative and boundary-pushing as the artists it covers. There is movie gore, splattered bodies and zombies; there is real (animal) blood and animal carcasses (in Herman Nitsch's sessions); there is frontal nudity, both female and male, not all of it in the conventionally erotic context (sewn pussy; animal brains and innards around a penis; suggestive though non-explicit kiddie photos; morbid attractiveness of skeletons, pregnant beauties and dead chicken, etc.); there are images at the same time titillating, repulsive and strangely ambiguous…
Just like the Necronomicon, this book is not for everyone. After seeing its table of contents and reading this review you'll know who you are. Invoke often, but carefully, from the pages imprinted by these dark stars!
This review originally published at Beyond Hollywood.
Објавио Dejan Ognjanovic у 15:23