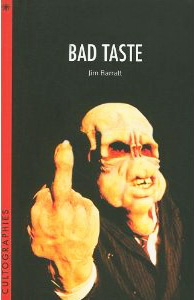 The guys of the 'Cultographies' series are back at it again, with some new titles! We've already presented their first three books on this site: THE ROCKY HORROR PICTURE SHOW, DONNIE DARKO and THIS IS SPINAL TAP. You'll remember them as the slightly more accessible variety of what BFI is doing in their 'classics' series: small, serious but readable accounts of the production, evaluation and influence of some major modern titles – in this case, devoted entirely to ''the weird and wonderful world of cult cinema''. The series editors, Ernest Mathijs and Jamie Sexton, now proudly present Jim Barratt's analysis of Peter Jackson's cult classic, BAD TASTE. 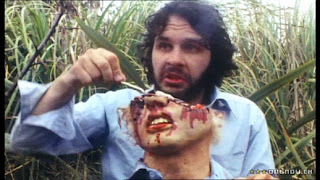 In its form, the book stays close to that envisioned for the whole series: it opens with a personal note (how the author came across the film, what it meant for him back then, what it means for him now), continues with behind-the-scenes facts of the painful birth process (always a fun read when it comes to the usual guerilla filmmaking in the low budget arena!), culminating, of course, with the analysis (what, exactly, makes the particular title the object of a cult following? what does it all mean? what's the significance? etc.) and further relevance for the genre it belongs to and to (cult) cinema in general. 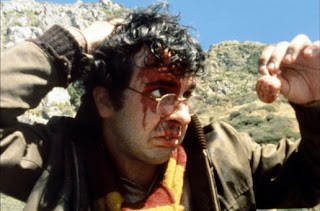 The author, Jim Barratt, is a fine choice for this book: as a former Film and Video Examiner for the British Board of Film Classification he can provide some rare facts about the various censorship issues that BAD TASTE sometimes encountered, and how, eventually, it was cleared of that danger in most countries, passing uncut in spite of its copious amounts of splattering gore, vomit, goo and the like. Obviously, BAD TASTE was one of those rare instances in which someone actually paid attention to the context of its set-pieces, and the context justified the exception. 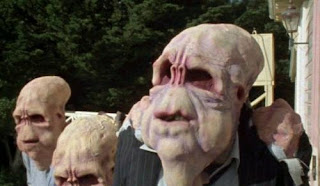 Even the censors were able to recognize that all of the 'bad taste' on display, including exaggerated dismemberments, geysers of blood etc. were used for obvious humorous purpose, in a context that's more infantile than 'nasty'. Barratt also rightly points to the similarities between Jackson's peculiar 'splatstick' (splatter + slapstick) and Monty Python's memorable uses of similarly extreme and intentionally goofy effects, like in the famous gore-galore sketch of "Sam Peckinpah's SALAD DAYS" or in the unforgettable episode from MONTY PYTHON'S THE MEANING OF LIFE with the gluttonous, obese man who gorges himself (and vomits every once in a while) until he explodes all over the fancy restaurant. 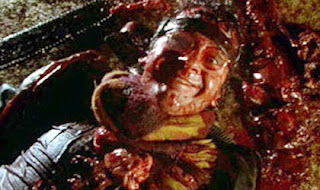 Because of its comedic elements, together with bits and pieces of other genres (Sci-Fi, action, etc.), Barratt claims that BAD TASTE is not really a horror film at all: other than the splatter effects (used for comedic effect), there is no evidence of suspense, fear, creepiness or anything remotely scary (unlike, say, some other splatter-horror comedies, like THE EVIL DEAD or RE-ANIMATOR). Thanks to its light-hearted tone BAD TASTE could expect a better understanding among the frowning censors around the world, and it is certainly one of the keys of its general appeal. Nothing is really dark or edgy about it: it's a series of juvenile 'sick', but essentially inoffensive jokes in which no one (and nothing of value) is really hurt. There is no deeper point, no relevance, no subversiveness to speak of, except the most basic puerile provocation of lavatory humor and childish 'bad taste'. 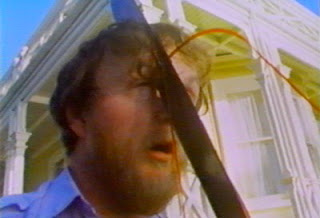 It's an exercise in style by a budding filmmaker trying to draw attention to himself by a calculated effort to make a CULT film. There is plenty of evidence in the book that Jackson knew what he was doing, right from the start (see the excerpt from the letter in which he asked for financing from the officials). "BAD TASTE was actively marketed and distributed in ways designed to solicit cult status", says Barratt (page 52). But, significantly, he adds: "But for the film to be adopted as such by its audience, it has to offer them something different, some special qualities worthy of their devotion." Jackson did offer something new and, eventually, rightly got where he is now. 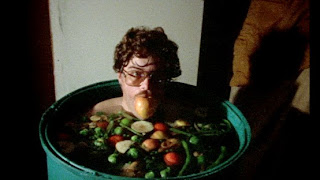 The first three films analyzed in the 'Cultographies' series all dealt with some significant issues: gender roles in ROCKY HORROR; time, death and sacrifice in DONNY; rock culture and documentary genre in SPINAL TAP. Unlike them, BAD TASTE is not really about anything, and that may be the reason why this volume is some 20 pages slimmer than the previous entries. Although short, this book is by no means lightweight, and serious tools are used to analyze what little there was to be analyzed. 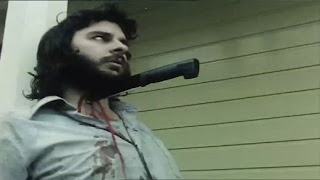 It also provides numerous amusing anecdotes and facts about the film (especially the local, New Zealand specific references lost on many international viewers), but one feels much more of the similar material could've been used to make the text somewhat weightier. At least, the book points to numerous sources (articles, books, even web sites) which might be valuable to those cultists willing to explore more background of one of the most inauspicious debuts in the history of cinema. From rags (BAD TASTE) to riches (LORD OF THE RINGS trilogy, Oscars etc.). 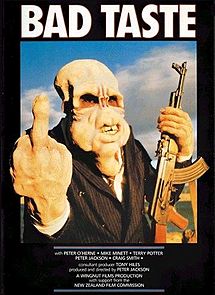 The other new 'Cultographies' titles are devoted to Orson Welles's TOUCH OF EVIL and SUPERSTAR: THE KAREN CARPENTER STORY. On the other hand, those interested in BAD TASTE's older (and better) splatstick brother can eagerly anticipate the announced EVIL DEAD volume. Stay tuned!
Originally published at Beyondhollywood
Објавио Dejan Ognjanovic у 08:58 Нема коментара:

Ознаке: books, horror, review, theory
Новији постови Старији постови Почетна
Пријавите се на: Постови (Atom)
"Can you look around this world and believe in goodness of a god who rules it?! Famine, pestilence, slaughter, disease and death... They rule this world. If a god of love and light ever did exist, he's long since dead. Someone... Something... rules in his place..."
-Prince Prospero-