An Interview with Laird Barron 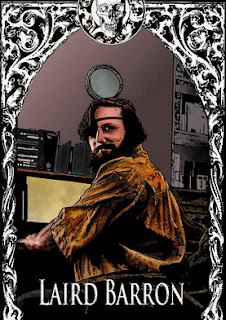 If you read modern horror fiction, then you must've come across the name Laird Barron. And remembered it. Not only because it is pretty unique and memorable in itself, but because his writings are, too. Laird Barron is certainly one of the best new horror authors. He has a recognizably vivid, pictorial, no-nonsense style while his themes are commonly connected with the kind of cosmic horror that H. P. Lovecraft made all his own. Now Barron is putting his own distinct stamp on this fertile field – with more testosterone than found in your usual bookish antiquarian HPL-inspired works. 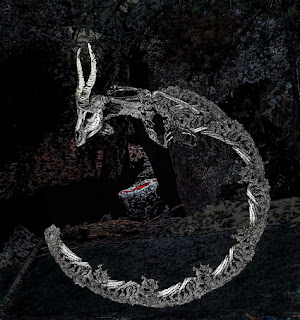 His latest collection came out a few months ago, titled The Beautiful Thing That Awaits Us All (published by NightShade Books, just as his two previous collections and the excellent novel The Croning). It contains some of his best work ever: my favorites are the novellas "The Men From Porlock", where the mystical horror of the woods leads to an even darker horror of the caves, and "Blackwood's Baby", about hunters becoming hunted by the primal Beast… but all of the others are more than worthy additions to cement his recent reputation as "the scariest writer alive". 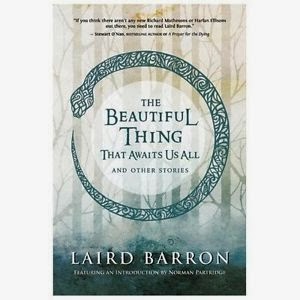 Here's the interview I did with him for the RUE MORGUE magazine: parts of it were used for the article which appeared in the April issue (a big thanks to its editor, Dave Alexander, for allowing me to publish this online). This is its first appearance in its full, original form. 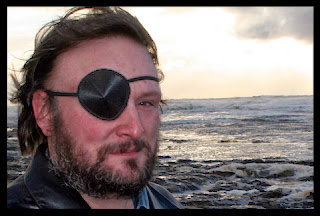 - How do you feel about the label "Lovecraftian" on your prose? Of course, not implying that it's derivative and imitative, but merely as a tool in description. What's your attitude to the Old Man from Providence and his prose? How did his writing affect you? And how do you feel about some other "pulp" SF-horror writers from that era? 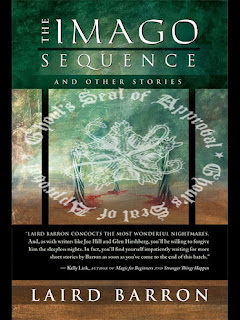 It is, as you say, a tool, critic/reviewer shorthand, and it doesn’t faze me. Although, I am occasionally bemused when something of mine is labeled Lovecraftian and is quite objectively not. I count Lovecraft as a strong influence, but no stronger than that exerted by Peter Straub, TED Klein, or Cormac McCarthy. At the top of his game HPL was a much better stylist than his detractors will admit. Before I found my own voice, and that was an age and a half, I was enamored of his baroqueness. While that luster has faded for me, I remain an admirer of his vision.

Growing up, I read a lot of H. Rider Haggard, Robert E. Howard, Edgar Rice Burroughs, Fritz Leiber, and a slew of other authors who staked out pulp territory back in its glory days. Those are some of the guys who taught me the fundamentals. How to tell a story being lesson one. 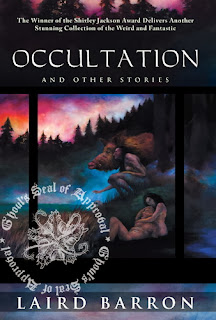 - In terms of genre, horror seems to be pretty central to your interests as seen so far. There are spices of SF, action, spy, adventure, noir, western... but the main meat is usually horror. Do you have plans for stories or even novels where the main meat would be something other?
Basically, this question is about another label – how do you feel about the term "horror" (do you prefer "weird" or "strange" or...?) and, regardless of the term, what are your feelings about the genre?

I enjoy horror in its numerous manifestations. Much as I like category horror, it bores me a bit these days.  My preferences increasingly lean toward its use as a spice, rather than as a course. The great strength of the genre is its mutability, its chameleon nature, the way it can be insinuated into other genres. Take McCarthy’s Blood Meridian —there’s a historical western that’s energized and transformed by the infusion of horror and dark mysticism. It’s a landmark horror novel that will never be recognized as such by the main body of readers or critics, and in a perverse way, that’s the ultimate compliment a genre author can be paid.

I’m working on a crime novel and a number of stories that are horrific, if not explicitly of the horror tradition. 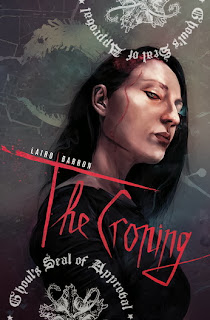 - It seems to me that some very interesting things are happening in horror literature today, with the overall level of quality higher than in the golden days of mass popularity brought by Stephen King in the early 1980s. Do you agree? Please discuss.
What do you think about horror literature today? Which contemporary colleagues would you single out?

It’s a tough call, comparing the eras. Hard to beat a young King, Barker, or Straub. Michael Shea and Karl Edward Wagner were smashing stories out of the park. TED Klein, too. So were many others. On the other hand, yes, the racks were glutted by dreck and that led to an implosion, not just commercially, but also perceptually. The average reader identifies horror with garbage from the ’80s and ’90s. In some respects the subsidence of mass market horror has done a great service to the genre —the rise of independent and small presses and their willingness to publish literary takes on the subject matter has led to a kind of renaissance. There might be less volume, but the quality is often impeccable.

There are a number of exemplary figures at work, but let me point to a handful of them: Livia Llewellyn, Sarah Langan, Dan Chaon, Stephen Graham Jones, Gemma Files, Kaaron Warren, Paul Tremblay, John Langan, Gary McMahon, Simon Strantzas, Richard Gavin, Ian Rogers, Joe Pulver, Matt Cardin, Norman Partridge, Lucius Shepard, Chesya Burke, and so on. I’m giving some terrific authors short shrift because the list would be too long. Suffice to say, the field is healthy. We’ll look back fondly on this era, I am certain. 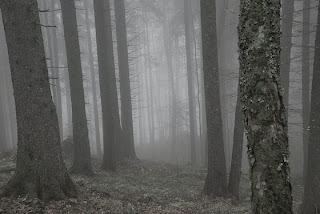 - This is your third story collection and you have two novels published. Is this predominance of stories over novels a matter of circumstances or of your general preference to the shorter form (stories, novellas)?

Oh, it’s a little from column A and a little from Column B. I’m addicted to the short form, and have been since childhood. Collections from Dahl, King, and Barker very much sustained my creative soul and influenced my own writing. That said, I’ve written a couple of novels and am in the process of completing more. I imagine my bibliography will be fairly balanced between the forms when all is said and done. 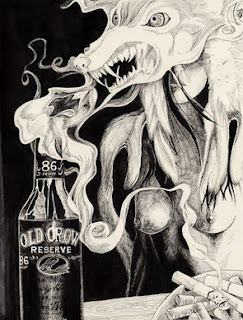 - What's next coming from you? Any novel in preparation? Would it in any way be a continuation of the mythos of your previous novels?

I’ve a number of short stories scheduled to appear in 2013 and 2014, but mainly I’m working on a crime novel at the moment. Very dark stuff. After that, there’s a collection and another novel, both set in Alaska, both horrific and at least peripherally connected to material from my previous works.

Ознаке: books, horror, interview, Lovecraft, magazine, USA
Новији постови Старији постови Почетна
Пријавите се на: Постови (Atom)
"Can you look around this world and believe in goodness of a god who rules it?! Famine, pestilence, slaughter, disease and death... They rule this world. If a god of love and light ever did exist, he's long since dead. Someone... Something... rules in his place..."
-Prince Prospero-