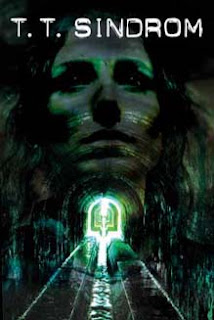 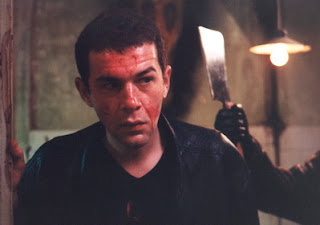 A group of young people try to score some weed. They go to the Turkish baths within the ancient Belgrade fort to meet a pusher, but end up trapped there and mercilessly killed one by one by a mysterious slasher clad in black leather. It all seems to have some connection with a strange and very rare T. T. Syndrome, but will they solve the mystery before they're all gone down the drain? 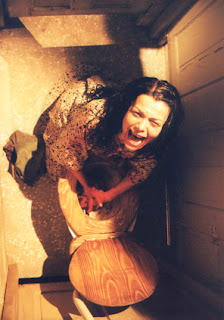 Zecevic creates a rather effective collage of slasher stereotypes mixed with an Argento-like whodunit (close-up fetishism of gloves, door handles and various sharp weaponry, plus the typical giallo motifs of a strong mother figure, childhood trauma and a haunting nursery rhyme). Relentless claustrophobia and tension in an inspired setting at their most effective resemble the highlights of early John Carpenter's and Tobe Hooper's films, while the vivid flashes of gore invoke the spirit of vintage Lucio Fulci. 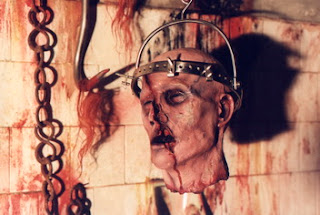 T. T. Syndrome is the first Serbian horror film which does not feel obliged to justify itself with elements of more respectable genres or motifs. It does not imply a political allegory, although placing (and killing off) its youthful cast entirely in a public toilet might have been a statement about dashed hopes of post-Milosevic Serbia, after all! But above everything else, the movie uses motifs and style of slasher, plain and simple, to scare its audience. It is a horror fan's brainchild made first and foremost for other horror fans. 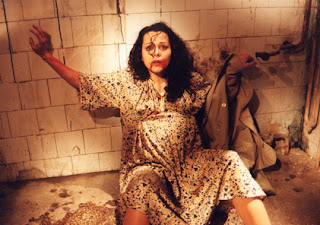 In spite of its shoestring budget, T. T. Syndrome can stand next to most American low-budget efforts without feeling inferior. Zecevic makes a most inventive use of his limited setting, the decrepit Turkish bath and public toilet. Through his directorial skill he creates a palpable menace within such a banal setting which, by the end which takes place in the fort's catacombs, attains almost mythical proportions. The film's technical side is quite competent, and the same can be said for the acting ensemble, including a few veterans from Variola Vera. T. T. Syndrome became a cult film in Serbia and even managed to get into several international genre festivals: Brussels, Sitges, Barcelona, Puchon, Luxembourg, Neuchatel, Ravenna, Trieste.
Објавио Dejan Ognjanovic у 10:54