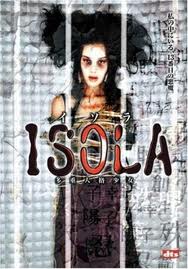 Story: This film's background is a real event, the earthquake which devastated the city of Kobe in January of 1995. Yukari Kamo (Yoshino Kimura) finds herself in Kobe, and offers her help in a shelter for the recently homeless victims of the quake. Her ability to read other people's minds is anything but welcome but, as it turns out, might come handy when she comes across Chihiro Moritani (Yu Kurosawa), who has a multiple personality syndrome. Out of the 13 characters inhabiting her brain one seems to be a murderous entity which calls itself Isola, apparently after a vengeful character from the collection of classic ghost stories UGETSU MONOGATARI. Several deaths later it seems that people who cross Isola's past are bound to die in some very unusual ways. Further research into her past discovers a certain scientific experiment which may have started it all. It will also provide another possible explanation for the killing-personality's name, as it has to do with an ISOLAtion chamber in a nearby institute… 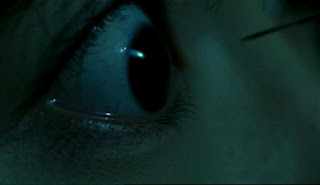 Review: ISOLA starts nicely enough. It opens with a real horror, the Kobe earthquake (several shots only: don't expect large-scale sensational set-pieces of destruction, as this is a rather low budgeted film, and it shows). Then it introduces its troubled outcast characters, and appears to be a character driven horror. Sadly, this impression does not last, and the film quickly progresses into a muddled, conventional and shallow exercise in déjà vu. In the context of ISOLA's rather pulpish denouement, the Kobe documentary-footage prologue seems a bit arbitrary, and questionable as well. Using a real-life tragedy, including actual shots of destruction and desperate people in the streets, for the sake of… what? Elevating a conventional and undercooked horror flick?
A slow build-up at first seems OK, as the film appears to be about some people. However, their plights are soon forgotten and pushed aside while the storyline becomes more muddled, convoluted, uninteresting and… just plain boring. There are very few kills: one is a grotesque, (un)intentionally funny suicide of a girl who drowns herself by submerging her face in the toilet (!). The other is a somewhat more interesting ghost-induced suicide in which a professor who slapped Isola ends up jamming a bunch of chopsticks into his own neck, with a predictably strong (and so typically Japanese) geyser of blood spurting on unsuspecting customers of a diner (one of whom is Takashi Miike in a blink-and-miss cameo)! Other than those two scenes, the horror part is woefully underwhelming. 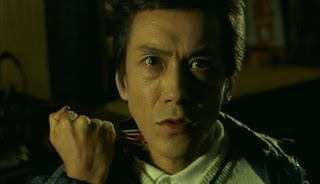 For a film that boasts the subtitle of a "multiple personality girl", it does not use the tiniest shred of this rarely found concept. We barely see ONE of those personalities, far from all THIRTEEN! The trials and tribulations of having all those people in your head… that sounds like an interesting idea for a good movie, but this is not the one. Nothing is really made with that: all we see is a cute girl (Akira Kurosawa's grand-daughter, Yu Kurosawa) bullied by her schoolmates and teachers, and small glimpses of Isola behind that. Pity for the wasted potential of some intriguing drama.
There's another fine concept wasted here: the sensory-deprivation chamber for inducing hallucinations in whoever is submerged in a solution which renders the body weightless and deprived of any sensations from the outside world, thus making space for those from inside. A great idea lifted from some actual scientific experiments, interestingly used in Ken Russell's extravagant ALTERED STATES. Sadly, it was not all that inspiring for Mr. Mizutani, the director of this flick. The isolation chamber's organic design is an improvement over the ugly, angular one from Russell's film, but that's as far as the inspiration has gone. The psychological and mystical trappings of this device are avoided altogether, while even the cinematic ones are barely touched upon. 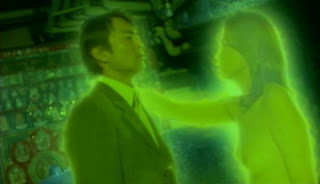 The plodding direction brings everything to a conventional, derivative conclusion which will only leave you shrugging your shoulders – provided you're still awake as the end credits roll. Therefore, ISOLA is recommended only for die-hard fans of J-horror: it does show some potential, and there are interesting ideas and bits to be found here, but very little is done with them.
ISOLA is now available as a part of THE KADOKAWA HORROR COLLECTION, a four-disc set with variable contents. Other titles in it have already been reviewed separately at this blog: SHIKOKU is the best among them  since it is the creepiest and most intriguing (although my colleague's review will lead you to believe otherwise); INUGAMI is another example of a great concept wasted for an artsy, dull movie, partly saved by its eye-candy use of stunning Japanese woods and mountains; in this company ISOLA is slightly better only when compared to the surprisingly shallow SHADOW OF A WRAITH (surprising - because WRAITH was directed by Toshiharu Ikeda, the man behind EVIL DEAD TRAP).
Објавио Dejan Ognjanovic у 10:08