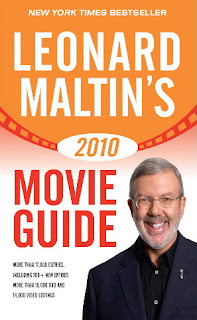 Leonard Maltin is the arch-priest of mediocrity, and his movie guides are perfectly suited for the commonest of common denominators – for those who worship only the well-established classics and who walk only the well-trod paths. Nothing wrong with those per se – it's not like no great film ever won an Oscar or has been moderately successful at the box-office (there were a few instances of both during the previous decades!) – but more often than not, the real greatness lies behind the veil of the "good taste" and "wholesome family fun". 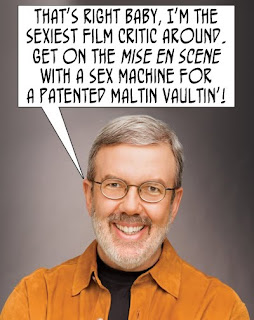 Especially with a genre like horror – which is all about transgression and breaking down the taboos.
No wonder, then, that Leonard Maltin's greatest and most grievous missteps in his Blind Man's Guides to the Blind have to do with – horror films! 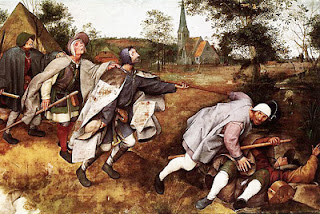 Of course, even such an exponent of the average like Maltin had to recognize a few classics too obvious to ignore, so he was reasonable towards titles like those below: 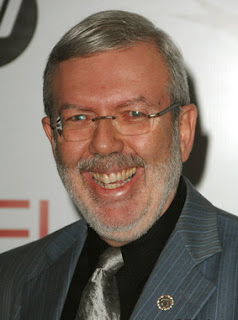 More often than not, horror classics are underappreciated: EVIL DEAD got only **1/2, while EVIL DEAD 2 is awarded with ***. CANDYMAN got *** but Maltin claims that it's "from Clive Barker’s novel The Forbidden": someone should teach him a difference between a novel and a short story! The excellent EXORCIST III got merely **, while there is absolutely no excuse for giving merely *** for pure perfections like HALLOWEEN and PEEPING TOM! 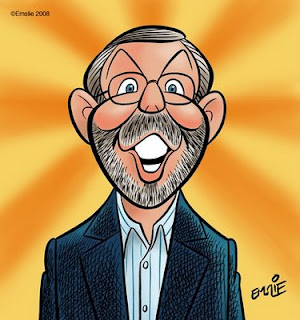 This guide is updated every year (all quotations in this post are from the 2010 edition!). However, Maltin has yet to recognize the existence of modern Japanese horror classics like TETSUO, BATTLE ROYALE or AUDITION, although all of them have been available on US DVDs for many years. Also, it would be nice if someone told Maltin about one of the greatest Spanish directors – Agusti Villaronga – and his many excellent films. It's hardly likely that someone like Maltin would appreciate IN A GLASS CAGE with something more than *1/2 but still, it deserves to be reviewed at least. 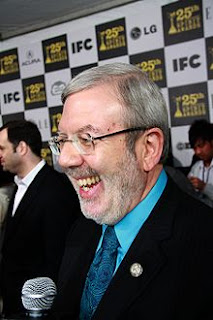 Plus, you'd search in vain for CANNIBAL HOLOCAUST in Maltin's guide (or for any other Italian cannibal film): only "tasty" fare here, it seems. Even if for some insane reason you care to see what Maltin had to say about one of the best slashers ever made - ALONE IN THE DARK (1982) – you'd be disappointed. Maltin will only guide you to Uwe Boll's same-titled crap. 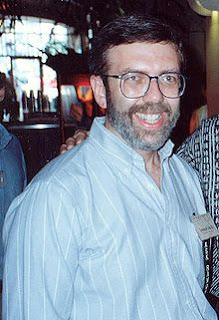 Anyway, here are quotes of the stupidest, most myopic and inaccurate estimates of great horror films in Maltin's 2010. guide. I arranged them in order of my personal list of best horror films ever made. If you depended solely on "guides" like Maltin, you'd think that some of the following titles are just a bunch of disappointing, crappy flicks, average at best… But how can the epitome of the AVERAGE recognize the GREATNESS?
Lo and behold – senor Maltin guides you from now on! 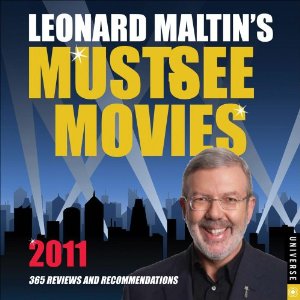 Fly, The (1986)
**1/2
Goldblum is just right as slightly crazed scientist who tests himself in a genetic transporter machine - and starts to evolve into a human fly. Extremely intense, sharply written remake of the 1958 movie that (unfortunately) goes over the line to be gross and disgusting.

Shining, The (1980)
**
Intriguing but ineffectual adaptation of Stephen King’s thriller about a man who becomes off-season caretaker at isolated resort hotel—and almost immediately begins to lose his mind. Nicholson goes off the wall so quickly there’s no time to get involved in his plight. Some eerie scenes, to be sure, but the film goes on forever.

Texas Chain Saw Massacre, The (1974)
***
Travelers in rural Texas encounter crazed family of bizarros who have a committed though unusual sense of what cuts of meat you need for good barbecue. Sweat-inducing, claustrophobic, unrelenting suspense-comic-horror film. Classic and nowhere nearly as violent as it’s reputed to be. Narrated by an unbilled John Larroquette.

Thing, The (1982)
*1⁄2
Remake of 1951 film about Antarctic outpost terrorized by an alien organism. More faithful to the original story, but nonstop parade of slimy, repulsive special effects turns this into a freak show and drowns most of the suspense.

Hellbound: Hellraiser II (1988-British)
*1/2
Confusing, tedious sequel begins immediately after first film ends. Teenage heroine literally goes to Hell in effort to rescue ill-fated father, but encounters opposition from her revived stepmother
and an occult-obsessed psychiatrist. But Hell is a boring, dusty labyrinth. Almost as gruesome as HELLRAISER (it’s not a sequel to HELLBOUND), but nowhere near as entertaining.

Hellraiser (1987-British)
**1/2
Robinson and Higgins move into a roomy British dwelling, unaware that his half brother is hiding upstairs in a kind of gelatinous/skeletal state; soon the beast is forcing her to lure stray men back to the house so he can replenish himself with their blood. Grisly but stylish directorial debut by famed horror novelist Barker; ugly fun all the way.

Nightmare on Elm Street, A (1984)
**1/2
Several teenagers discover they’re all having nightmares about the same character, scar-faced Fred Krueger—a kind of ghost who can enter their dreams at will, and kill them in macabre ways. It’s up to surviving teen Nancy (Langenkamp) to try to stop him. Imaginative premise given routine treatment, but this box-office smash led to a handful of sequels and a TV series, Freddy’s Nightmares.

Angel Heart (1987 –US)
**1/2
Two-bit private eye Rourke is hired by mysterious De Niro to track down a missing man, which leads him into a serpentine investigation— and a kind of emotional quicksand. An American Gothic yarn, full of striking, sensual, and frightening images, though after a while it bogs down. Intriguing, if not terribly appealing.

Santa Sangre (1989-Italian-Mexican)
**
Grotesque story about an entertainer whose act consists of performing as the arms for his armless mother; he’s also an unwilling murderer. Made in luxurious color with dreamy art direction, this lacks the intellectual charge of Jodorowsky’s earlier films.

Hardware (1990-British-U.S.)
**
Somewhere in the post-nuke future, desert scavenger McDermott presents some android remains to Travis; eventually, the stuff rekindles what is apparently its life mission —to destroy all living things (and the Travis pad, besides). Surprisingly well made, but recalls many earlier (and better) films. Heavy violence nearly earned this an X rating, before it was trimmed.

Lost Highway (1997-U.S.-French)
**1/2
Bizarre Lynchian story that makes Twin Peaks seem as easy to follow as a Sesame Street episode. Basic plot involves Pullman as a jazz musician who, believing his wife is having an affair, suddenly finds himself the main suspect in her murder. Or is he? Or was she? Lynch fans will have fun trying to figure it out; others will find it incomprehensible. Blake is particularly enigmatic as a mystery man with a bad makeup job.

They Came From Within (1975-Canadian)
* 1/2
Bizarre, sexually oriented parasites run rampant through dwellers in high-rise apartment building with plenty of gory violence quick to ensue. First ‘‘major’’ film by cult favorite Cronenberg sets the disgusting pattern for most of his subsequent pictures.

Videodrome (1983-Canadian)
**
Genuinely intriguing story premise —about pirate cable-TV programmer (Woods, in a dynamic performance) who’s mesmerized by bizarre, untraceable transmissions that have hallucinatory power. Unfortunately, story gets slower —and sillier— as it goes along, with icky special effects by Rick Baker.

High Tension (2003-French)
**1/2
French import about two girls trying to escape from a perverted serial killer in the isolated countryside was one of the most acclaimed entries in a seemingly endless series of ’70s slasher-film revivals. While many of its frightening images and suspenseful, cleverly orchestrated sequences live up to its title, an unsatisfying final twist makes it seem even more dated than the movies it emulates.

Brood, The (1979-Canadian)
BOMB
Eggar eats her own afterbirth while midget clones beat grandparents and lovely young schoolteachers to death with mallets. It’s a big, wide, wonderful world we live in!

Cemetery Man (1995-U.S.-Italian)
**
Zombies rise from the dead a week after their demise, and it’s ‘‘Cemetery Man’s’’ job to kill them again, with the assistance of a grotesque mute companion. Based on an Italian comic series, Dylan Dog, a promising concept becomes overwhelming and repetitive. At times outrageous, funny, sexy, and disgusting, with a startlingly enigmatic and fascinating ending.