ON THE HILL OF ROSES – Stefan Grabinski 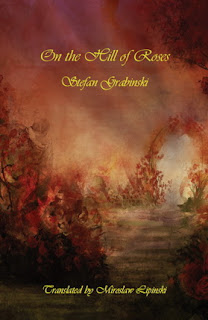 From the standpoint of English-speaking world, Eastern and central Europe remain The Dark Domain teeming with creatures unknown and unknowable. The Iron Curtain has long gone, but the language barrier remains, and numerous great authors, living and dead, still dwell in the shadows of obscurity, waiting for their works to be translated into English. Stefan Grabinski (1887-1936) is just one of such writers still waiting for a full recognition. 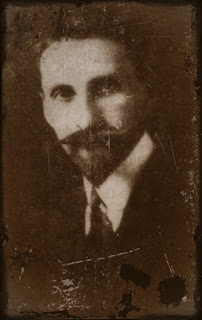 In his native Poland he was an oddity while alive, at the dawn of the 20th century. He was a writer without roots, without tradition to rely on, an outcast. One Polish reviewer noted: "His short stories could easily be translations realized beyond our borders." His predilection to imaginative, dark fantastic and poetic horror made him a foreigner in his own country. He wrote: "For nine years no one deigned to notice I was creating a new type of literature previously unknown in Poland, that I was a pioneer of fantastique in the strictest meaning of the word, a neo-romantic fantastique of a spontaneous and autonomous character." Typically, he is one of those authors rediscovered and recognized only long after their death.

His tales are told "in an old-fashioned style evoking the bygone era of provincial pre-war Poland, mixing elements of the supernatural with realistically depicted scenery, filled with a lingering lyricism suddenly rent by violent images, and laced with a menacing sense of entrapment and frustrated eroticism", as a foreword to one of his collections says. Sadly, his fate in the English-speaking world seems consigned to rare, pricey, slim, hard-to-find small press editions such as Motion Demon (2005) and In Sarah's House (2007). The only English edition of his tales which was substantial in both number of stories collected (not less than 11!) and number of copies printed, with a reasonable price and tolerable availability, remains The Dark Domain (1993) from Dedalus. 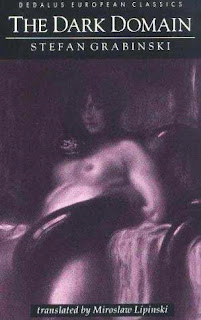 The latest collection of his stories, On the Hill of Roses, has just been published by Hieroglyphic Press: it is a lovingly produced, slim but beautiful volume, sewn and jacketed hardcover limited to 300 copies. This means that if you're intrigued by this review, better hurry before it's sold out. 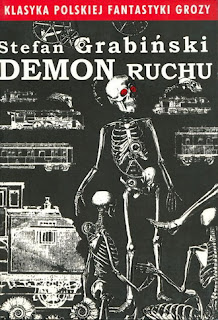 The contents are made of the full selection of Grabinski's original edition of On the Hill of Roses (Na wzgorzu roz, 1918) – plus one additional tale, "Projections", from his 1930 collection Passion (Namietnosc). These 134 pages contain a solid introduction into Grabinski's world of eccentric, alienated characters in the grip of either insanity or fantastic events which bring them to the verge of losing their minds – or lives. In either case, just as in Poe's best stories, they try to remain lucid and to analyze that which refuses to be named and defined; they try to contain the uncontainable, to understand that which surpasses them, and are usually crushed by the dark forces from within or without. 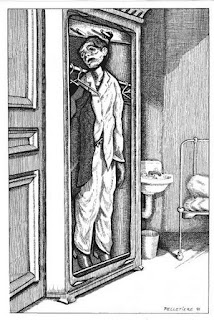 On the Hill of Roses opens with a Foreword by Mark Samuels and a helpful Introduction by Miroslaw Lipinski, Grabinski's leading translator and proponent. These are the stories within the beautiful covers designed by Eleni Tsami.

On the Hill of Roses: A solitary man is attracted to a walled-in garden with opulent scents. But there is a ghostly secret waiting there, and another smell – smell of death – becomes more prominent towards the end. 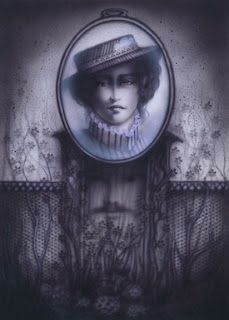 The Frenzied Farmhouse: This archetypal story of a Bad Place (TM) somewhat prefigures Lovecraft's "The Colour from out of Space" – although the origin of the "evil" which affects the inhabitants of a secluded farm remains shrouded in mystery: "K. maintained that in certain places certain events had to occur. In other words, that places exist whose character, nature and spirit await the fulfillment of events connected with them..." 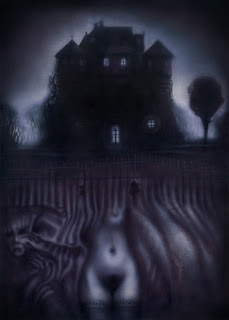 On a Tangent: A man's obsession with omens and signs turns into a self-fulfilling prophecy, and he is led i.e. he leads himself through a series of "accidental" encounters and portents to a grimly grotesque conclusion. 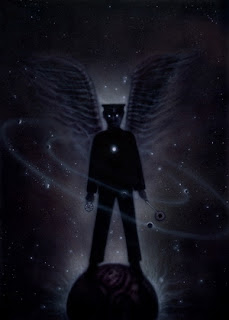 Strabismus: A rather unconventional story of a split personality (or is it a Doppelganger? or a spirit possession?) about a man pestered by his complete opposite, and later haunted by his spirit from a walled-in room next to his own. This story is also in The Dark Domain. All the others are available in English for the first time in this collection. 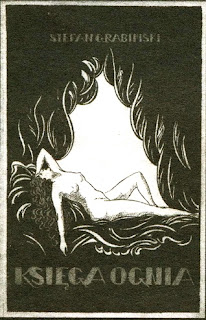 Shadow: A man looking for a meaning of life and working on a treatise on "Symbols in nature" comes across a strange unmoving shadow image on a window of an isolated cabin in the woods. Intrigued by the mystery of the figures frozen in the act of violence, he befriends the old man who inhabits it, hoping to unravel the secret of the shadowy crime from the past... A haunting tale in more senses than one. 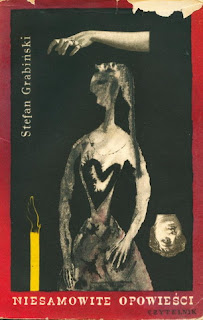 At the Villa by the Sea: Another atmospheric story about a past crime which refuses to stay in the past. A man's visit to his old friend at his isolated villa awakens the "ghost" of a poet killed there many years ago who won't stay buried. 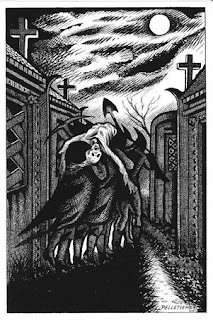 Projections: Another lonely bachelor comes to his doom, this time through his attraction to the ruins of an old nunnery and to the signs of past Satanic shenanigans in its dungeons. The ending is original in its sadism and uncommonly gory for otherwise mostly restrained Grabinski.
* * * 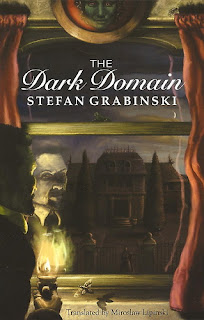 On the Hill of Roses offers a number of delightfully old-school tales of the dark fantastic and chilly horrific which, at the beginning of the 20th century, created the missing link towards such later practitioners in the similar vein, like Robert Aickman and Thomas Ligotti. If you like them, you should definitely treat yourself with some Grabinski. He looms like a shadow from out of time and from behind the iron curtain – a spicy, exotic, Slavic Catholic taste of horror for demanding palates. His doom and gloom will certainly be refreshing in the midst of the feelgood light entertainment that passes for "horror" these days. 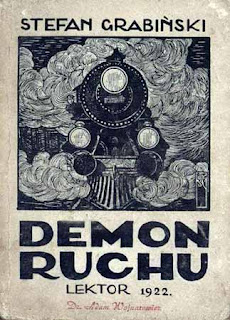 Note: Some of the illustrations inspired by Grabinski's works used in this post are by Ryszard Wojtynski; more of them, here. 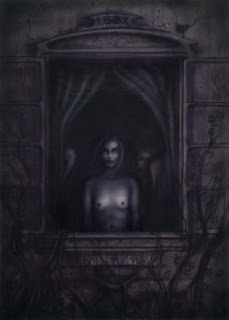